I recently noticed that Jake’s left ear was red and swollen and after a trip to the vet, he has the start of an ear infection and some yeast was showing during the swab test.  During Jake’s visit, I had a conversation with my vet about what I was feeding the dogs and fortunately for me and them, I am not feeding them pork.  Not only does pork cause severe allergic reactions in dogs, eating infected pork meat can cause many health problems and death.  Have you ever heard of Aujeszky’s Disease?  I have not until now and was very surprised.  I decided to do some research and help to make you aware of this terrible killing disease that can be passed from pig to dog.

Jake waiting for his test results 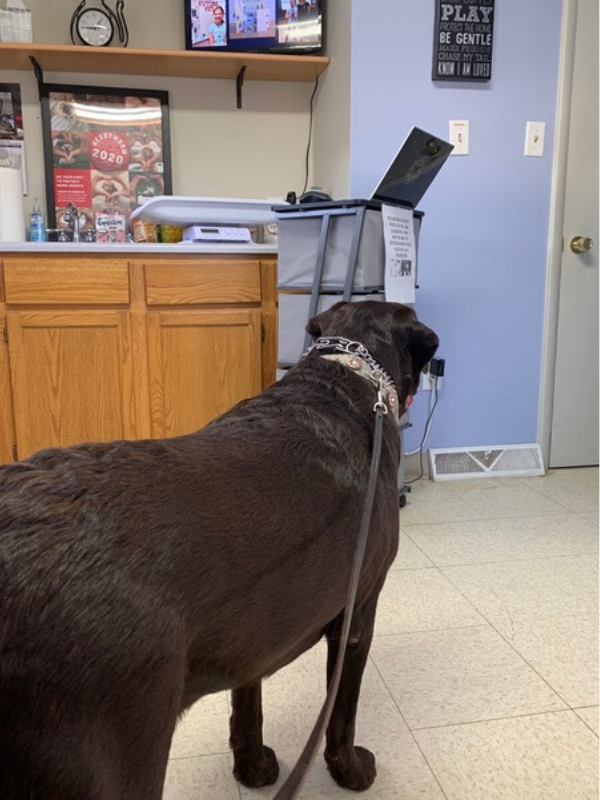 The trip to the vet wore my little guy out. He slept for an hour but is doing good. 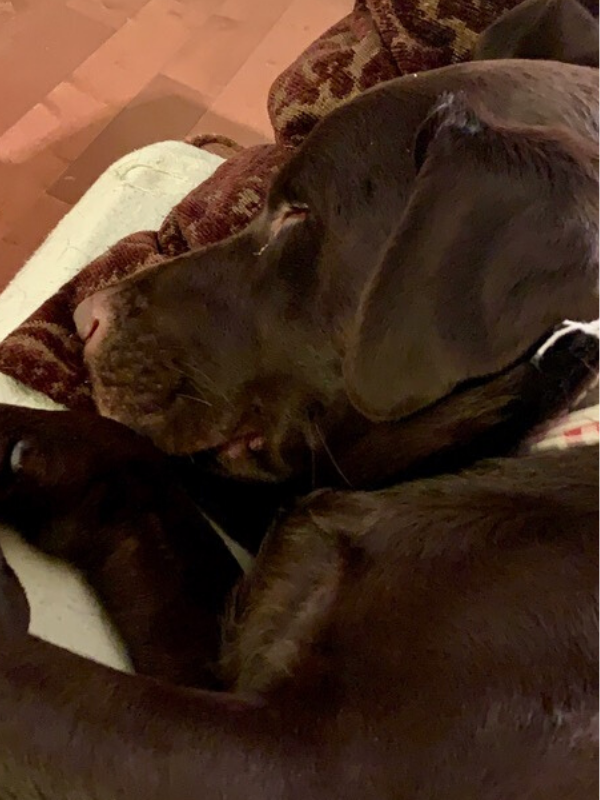 What is Aujeszky’s Disease in Dogs?
Aujeszky’s disease, or pseudorabies, is a contagious viral disease that primarily affects pigs.  It was once prevalent in the United States, but has been eradicated in commercial operations; the virus is still found in feral (wild) swine populations.
What are the symptoms of pseudorabies?
Clinical signs – Respiratory infection is usually asymptomatic in pigs more than 2 months old, but it can cause abortion, high mortality in piglets, and coughing, sneezing, fever, constipation, depression, seizures, ataxia, circling, and excess salivation in piglets and mature pigs.
Can pigs pass diseases to dogs?
In addition to the risk of physical injury, dogs can be exposed to many diseasepathogens carried by feral swine. One of the most dangerous diseases that can be transmitted by feral swine to dogs is pseudorabies (also known as “mad itch” or Aujeszky’s disease) because it is often fatal to dogs.
How can my animal get Aujeszky’s disease?Aujeszky’s disease is usually spread by nose-to-nose contact with an infected pig (direct contact), but aerosol transmission through respiratory secretions can also occur. The virus can be spread on fomites (objects in contact with infected animals or their environment) or in the carcasses of infected pigs. Sexual transmission is possible as is transfer from sow to piglet during pregnancy.Other animal species can also be infected with Aujeszky’s disease virus after contact with infected pigs or from eating infected pork.
How does Aujeszky’s disease affect my animal?Disease may vary depending on the age and species of animal affected; younger animals are the most severely affected. Piglets usually have a fever, stop eating, and show neurological signs (seizures, paralysis), and often die within 24-36 hours. Older pigs may show similar symptoms, but often have respiratory signs (coughing, sneezing, difficulty breathing) and vomiting, are less likely to die and generally recover in 5-10 days. Pregnant sows can abort or give birth to weak, trembling piglets. Feral pigs do not usually show any signs of disease.Other animals usually die within a few days of exposure. The animal will have intense itchiness concentrated in a patch of skin and will lick, rub or chew at the ‘itchy spot’. Animals become weak, may be unable to stand, have convulsions and difficulty breathing and die. Dogs and cats can have difficulty swallowing and excessive drooling.
Pseudorabies is a highly fatal viral disease caused by a herpes virus. Also referred to as Aujeszky’s disease, this disease is usually associated with contact with swine (pigs) but can also be acquired by ingesting infected rats or eating contaminated, uncooked pork. For this reason, pseudorabies is more commonly seen in dogs that live on farms.

What to Watch ForSigns of pseudorabies in dogs: 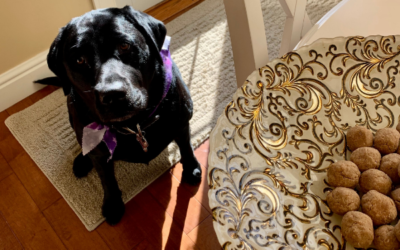 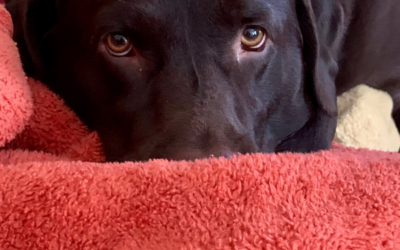