Have you ever been so touched and inspired by a story that you wanted to tell the world about it?  It is so easy to take the blessings we have for granted and get so engrained in our day-to-day stuff.  Sometimes I feel that I should be doing more.  As you know my passion is for the animals and my Instagram page is full of adorable animals, small business who are doing great things in the pet world, and animal rescues across the country.  Have you ever faced some of the darkest moments in your life and have relied on your pet to get you through it.  The story of Marley’s Mutts has touched my heart and soul as I have faced some dark times and without my two dogs, Bear and Bella, who have since past away, I don’t know if I would have gotten through my pain. 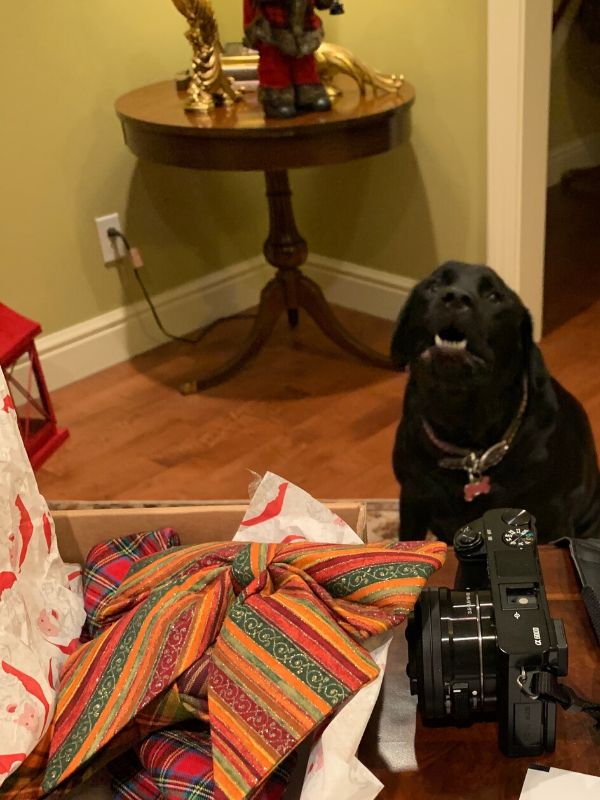 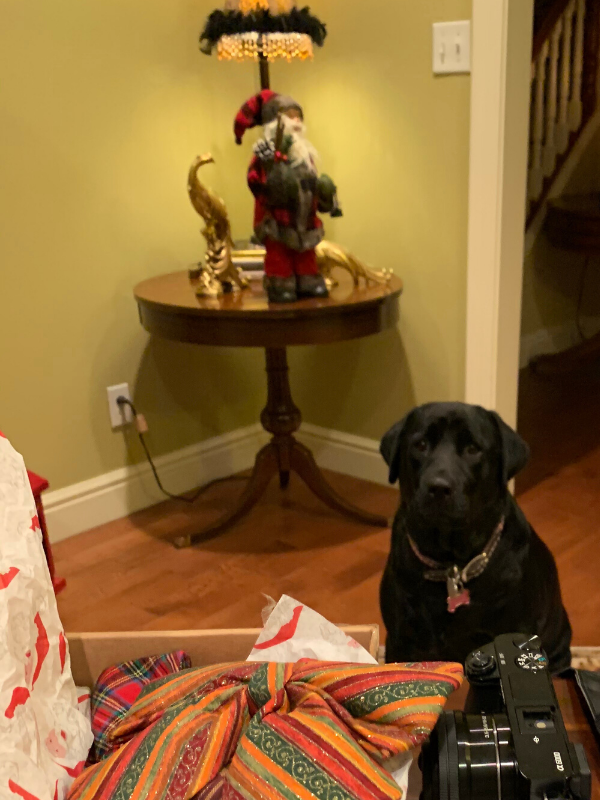 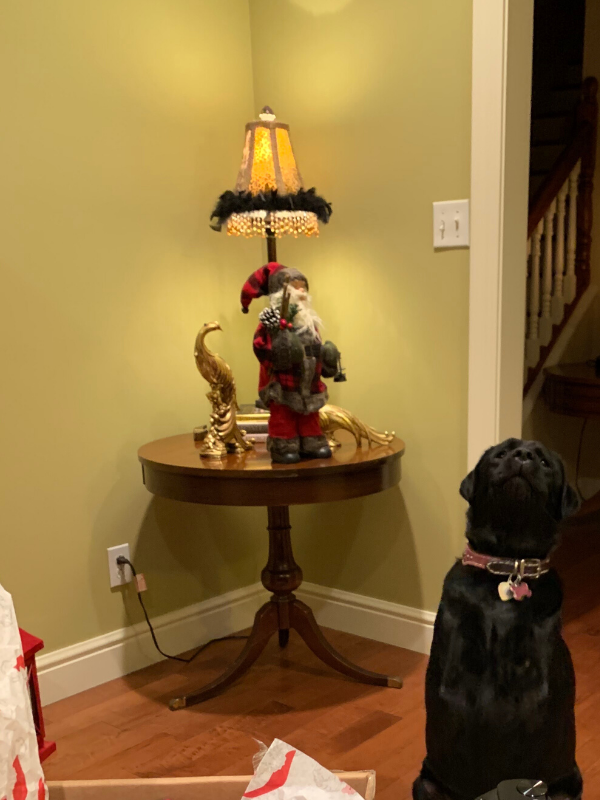 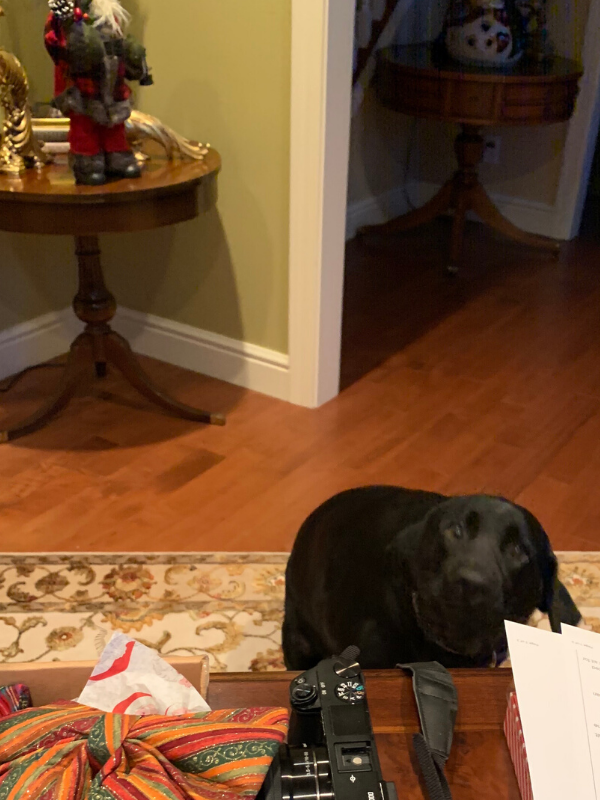 …and there you have it…Maggie was mad at me because I was working in the office and not in the living room!

The inspirational story behind Marley’s Mutts Dog Rescue is the founder, Zach Skow.  Early on in his life, Zach was a hard partying young guy who was diagnosed with liver failure and given a short time to live.  His father took him from the hospital to the mountains to recover.  And in that recovery, he looked upon his rescue dogs as his saviors.  He turned his life around, found his nurturing side, and founded Marley’s Mutts Dog Rescue.
Marley’s Mutts Mission Statement taken directly from their website at https://www.marleysmutts.org/our-mission/
Marley’s Mutts is a non-profit organization that rescues, rehabilitates, trains and re-homes death row dogs from Kern County’s high-kill animal shelters. In addition , we utilize the rescued dogs to transform people’s lives. Through the power of the human-canine bond, we  empower dogs and people to live healthy, happy and productive lives.
Marley’s Mutts Dog Rescue is a registered 501(c)3 Non-Profit Organization (30-0636031) that is concentrated on saving the lives of Kern County’s incarcerated canines. Kern County’s shelters are bursting at the seams and register some of the highest euthanasia rates in the country. We are committed to these shelter dogs simply because they have NO ONE and are closest to death. These dogs are at the shelter because they have been abandoned, lost, neglected, discarded or abused and many of them have no way out but RESCUE. These dogs are without family, love or representation and we aim to save as many as we can. We are their rescuers, their voice and their future.
Marley’s Mutts has grown leaps and bounds from it’s first day of inception and there is so much to say about this wonderful organization.  I have included this video from Zach Skow who talks about the Pawsitive Change Program.  In short, Pawsitive Change is a progressive and intensive rehabilitation program which matches death row dogs with inmates inside California State Prisons. Their goal is to reduce inmate recidivism by providing them a viable skill, while at the same time saving dogs lives. The program is guided by experienced trainers over 14 weeks, during which the inmates work towards vocational accreditation and the dogs towards their AKC’s Canine Good Citizen Certification.
With Christmas around the corner and the end of year fast approaching, we are making our lists of what we want (and don’t want), thinking of all that we have accomplished over this past year and making plans for the new year.  I have done so much planning for my Two Adorable Labs blog and am so excited to set it all into motion in 2020.  Thomas and I feel fortunate to have each other and really don’t need anything so we are keeping the gifts light this year for us and for family.  We are all in a good place and honestly are having a hard time coming up with suggestions to give each other.  But there are less fortunate and some of those are the animals.  Some were discarded and do not have homes.  Fortunately, there are some lucky pups in the Marley’s Mutts Dog Rescue.  I have become involved in the Instagram community and have been following the Marley’s Mutts Organization for a while now.  Their story is so inspiring and I feel the need to help promote them.  I’m hoping in my little corner of the web, I can help get their message out and help to get a dog(s) adopted.

Inspirational talk at the Humane Society of the United States.

Watch Zach Skow, Founder/PR Director, promoting the programs and mission of Marley’s Mutts across the country.  What an inspirational, touching, and emotional speech! 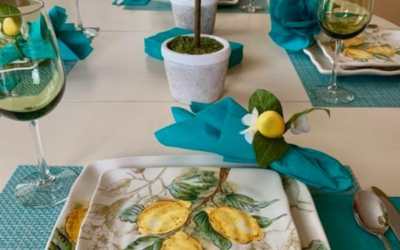 Happy Wednesday everyone!  I hope your week is going well.  I've been wanting to put this post out for awhile now so that I could share the good news...Thomas and I are the proud godparents to the most beautiful baby boy we have ever seen.  His name is Max and he is a... 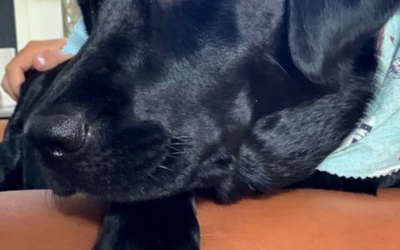 Why Do Dogs And Cats Lick Us?

Happy Monday everyone!  I hope you all had a great weekend.  I wrote this post because I have two sweet labs who love to lick me but I call it “giving kisses"!  As I type this, Jake is laying next to me giving me kisses on my leg.  In the middle of the night, I will... 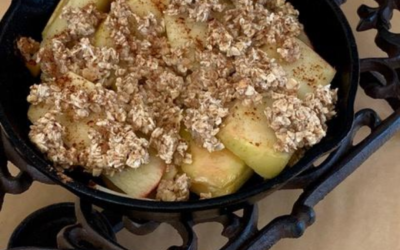 Happy “Friday Treats Friday”!  When I was writing Monday’s post "Can Dog's Eat Honey? (HERE), I was thinking I would create an apple pie recipe similar to the one (HERE) only loaded with apples but decided to put a twist on it.  And the winner is…. Puppy Apple Crisp!... 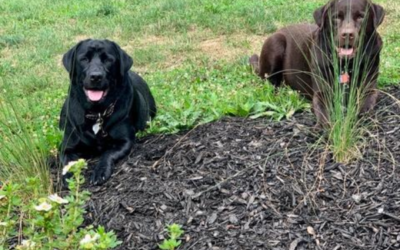 Happy Monday everyone!  Over the weekend, Jake woke us up at 2:30 am Saturday morning coughing and gagging as if he had kennel cough.  I recently put him on Apoquel for his allergies and gave him one pill which calmed him down.  I called our vet the next morning who...