What is Hydrocephalus in dogs and cats?  I have an instagram account full of adorable dogs that make me smile.  I also follow organizations that take in dogs with disabilities, put them into foster care to be cared for until they find them forever homes.  I am friends with dog owners who have dedicated their lives to adopting dogs with disabilities.  I admire all of these people who love these sweet babies with their hearts.  I came across a sweet puppy today suffering from Hydrocephalus.  What I noticed first was that his head was abnormally large for his small body and when reading the post, it explained he had Hydrocephalus.  I had absolutely no idea what that meant and so I looked it up.  I want to share this information with you because I think it is important know.  Small dogs are predisposed to the condition, including Cairn Terriers, Chihuahuas, Maltese, Pomeranians, Toy Poodles, Yorkshire Terriers, Boston Terriers, English Bulldogs, Lhasa Apsos, Pekingese, Pugs, and Shih Tzus. Siamese cats may also be predisposed to the condition.

Took this little video of us getting ready to go to Lowes!

Jake and Maggie love going to Lowe’s!  They get tons of attention and love posing for pictures!

What is Hydrocephalus in dogs?

Hydrocephalus, which literally means “water on the brain,” is a buildup of fluid inside the skull. This accumulation puts pressure on the brain, causing signs such as an enlarged, dome-shaped head, seizures, blindness, and behavioral changes. The condition is often congenital, meaning that is present before or at birth, and can occur in both dogs and cats. Small dogs are particularly susceptible. In mild cases, drugs can help treat signs, but severe cases often end in euthanasia, as surgery is costly.  With hydrocephalus, cerebrospinal fluid (CSF) accumulates inside the skull and the brain. The congenital form of hydrocephalus is called primary hydrocephalus. Secondary hydrocephalus is acquired later in life and is often associated with tumors, trauma, or inflammation, which may block the flow of CSF or alter the normal production or drainage of the fluid. Only the primary form will be discussed here.

Congenital hydrocephalus can be caused by a number of factors, including heredity, prenatal infection, exposure to drugs that cause birth defects, and trauma from a difficult birthing process. After birth, they experience fluid buildup, which exerts damaging pressure on the brain.

How is Hydrocephalus treated?

Because the procedure is expensive, and requires a specialized brain surgeon, most canines never receive it. Symptomatic treatment can include drug therapy to reduce seizure activity, corticosteroids to relieve brain swelling and inflammation, and diuretics to reduce the amount of fluid.

When the condition is caught early, before brain damage occurs, dogs with hydrocephalus can respond well to treatment.  Hydrocephalus is considered hereditary, so dogs who have been diagnosed with it should not be bred.  This is another reason why you should never buy from a puppy mill or pet store.  The dogs that are being bred can be suffering from this and pass it onto their young.

The causes of hydrocephalus are still not well understood. Hydrocephalus may result from inherited genetic abnormalities (such as the genetic defect that causes aqueductal stenosis) or developmental disorders (such as those associated with neural tube defects including spina bifida and encephalocele)

Affected animals will typically begin showing signs of head enlargement in the first weeks after birth. This is because the bones of the skull have not yet fused, making enlargement possible. Once the skull reaches its growth limit, the fluid continues to build, causing pressure on the brain and leading to neurological symptoms, which usually start around eight to twelve weeks.

Young animals with hydrocephalus are often the “runt” of the litter, being smaller in size than littermates and slower to learn. Approximately 75 percent of diagnosed canines were reportedly impossible to housebreak.

Other signs can include seizures, head pressing, eyes that gaze downward and outward (called ventrolateral strabismus), gait abnormalities and blindness. Some pets with hydrocephalus may show no clinical signs, or have signs that gradually worsen over time.

Diagnosis is often presumed, based on history and physical examination, without taking additional steps to confirm the condition. Severe cases, however, will become unmanageable well before then and require a definitive diagnosis via CT scan or MRI in order to determine the extent of fluid accumulation. If available, EEG, or electroencephalography, may help support the diagnosis of hydrocephalus. An ultrasound can also be helpful but may only be possible when the skull has not fused completely. Even when hydrocephalus is diagnosed, the underlying cause is often unknown.

Definitive treatment involves a shunt that redirects CSF from the sensitive site surrounding the brain to a more benign location, such as the abdominal cavity, where it can be easily reabsorbed. Because the procedure is expensive, and requires a specialized brain surgeon, most canines never receive it.

Symptomatic treatment can include drug therapy to reduce seizure activity, corticosteroids to relieve brain swelling and inflammation, and diuretics to reduce the amount of fluid. However, most medical treatment only provides a temporary solution to the problem.

Unfortunately, euthanasia is the most common outcome for pets that suffer anything but the mildest signs of the disease. 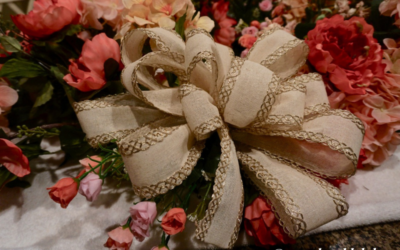 How To Make A Bow Tutorial And Video

Happy Wednesday everyone!   As promised, here is my How To Make A Bow Tutorial And Video!  This is only my second tutorial and I'm in much need of some practice but I tried my best not to confuse you.  I angled the camera so that it would look as if you were standing... 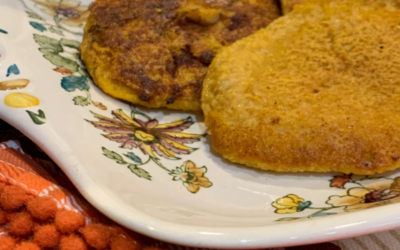 Happy Friday everyone! I have to say that these Puppy Pumpkin Pancakes were a huge hit with Jake and Maggie.  They love pumpkin and cinnamon and when I pulled my little glass jar of cinnamon out, they both were at my side in seconds.  Well, they were laying next to me...