I always try to blog about positive and informative topics but today is not one of them.  If you delve further into the Yulin Dog Meat Trade, you will find disgusting and graphic information.  I will not include pictures but felt it necessary to help spread the word with the next festival being right around the corner beginning Friday, June 21st and ending Sunday, June 30th.  In relation to The Vanderpump Dog Foundation and Rescue blog post I did awhile back, I could NOT talk about Yulin’s Dog Meat Festival held every year in China.  Lisa Vanderpump and her husband, Ken, are huge advocates in the fight to stop this disgusting trade.

The Yulin Dog Meat Festival in China, which happens every year on the summer solstice, is a barbaric display of the dog meat trade. This gruesome and vulgar act called a “festival,” where some 10,000 dogs are slaughtered and served up as meals, is often wrongly assumed to be an ancient Chinese tradition but only dates back to 2009. Not only are these animals tortured and killed upon arrival, they are abused, beaten, and crammed into small over crowded cages during transport to the festival.  Having been starved and suffering from dehydration while enduring many miles in suffocation and isolation, some arrive already dead causing wide spread disease.

As we fight to end this brutality and spread public awareness, people become more educated on not only the cruelty but the health risks of the dog meat, fewer dogs face slaughter.  In 2015, 20% fewer dogs were killed at the Yulin Dog Meat Festival.  I often wondered what the average Chinese citizen feels about this festival and was happy to read that they find public dog slaughter inexcusable. The global outcry against the festival has been tremendous, dog butchers were forced to hide from public eyes. Local youth held protests at Yulin City Hall demanding an end to the brutality, and activists lined the streets helping to spread word about this despicable act.

The Vanderpump Dog Foundation was formed to aid in ending this international atrocity.  Built on a platform of education, legislation, activism and rescue efforts, they hope to end this horrific act forever.  One of the goals of The Vanderpump Dog Foundation is to build strong relationships between advocates around the world including mainland China.  They are starting with Yulin and the Guangdong Province which are two of the most notorious areas in China for dog abuse.  Their passion and hope is that this will create a domino effect in stopping the inhumane treatment of dogs worldwide.

​In 2016, The Vanderpump Dog Foundation helped initiated Resolution 752, that condemns the annual Dog Meat Festival in Yulin, China and also enforces China’s food safety laws.  The foundation is also working with their partners in the California State government to write legislation in order to further regulate breeding in their state.  They are working with state legislators to raise breeding license fees and tighten regulations on this industry, to bring an end to Puppy Mills.

Spread the word!!!
POST TO SOCIAL MEDIA WITH THIS CAPTION:

Instagram/Facebook:
#StopTheTorture. Thousands of dogs are tortured, abused, boiled alive and eaten in the horrific dog meat trade that’s prevalent in many countries around the world. Our eyes are open to the tragedies happening annually and we vow to do everything we can to put a stop to it. Contact your congressmen and urge them to support H.Res.401 and push it to the floor. The United States can come together to condemn these vile practices and let these countries know that this is NOT OK. Together we can make a difference. #StopTheTorture #StopYulinForever #HRes401 @VanderpumpDogs – To join the fight, click the link in my profile or visit VanderpumpDogs.org/StopTheTorture

Tag your congressman too! To find out your representative please visit:
https://ziplook.house.gov/htbin/findrep_house?ZIP

Put this link in your profile:
VanderpumpDogs.org/StopTheTorture
SIGN PETITION!

To help spread the word and to help fight against this heinous crime, I took most of this information I provided here in my blog directly from their website:  https://www.vanderpumpdogs.org/about-us.  I just donated to the cause and plan to make a phone call directly to their shelter in hopes to find out more up-to-date information.  I will share with you as I get it but again, I promise not to include any pictures as they are quite disgusting.  I will only share happy pictures of Jake and Maggie to help bright your day.
“We spent all day Saturday working out in the yard trimming, weeding, and mowing grass.”  “Maggie was so happy to get out in the nice weather and play frisbee”. 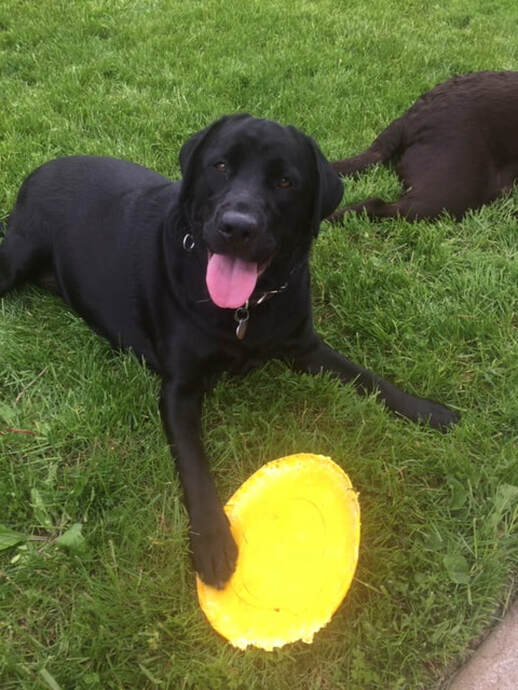 “I was decorating our spare bedroom and Jake was telling me he wanted on the bed”. 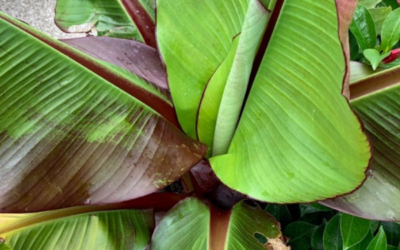 Happy Monday everyone!  The one thing that I love the most about this summer is looking out over our patio, porch, and property and seeing all of our hard work coming to life and blooming in colors.  I spent days putting our patio planters together with several trips... 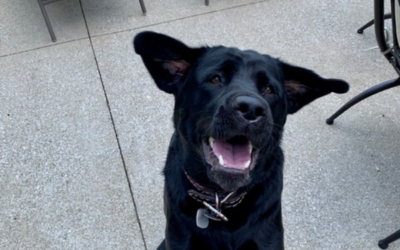 Happy Friday everyone!  It’s another “Friday Treats Friday” for you and I’m so excited to talk about this “dish” I made for the pups.  I will say this right now…It is LAB TEST, DOGGIE APPROVED!  This isn’t a treat, it’s a whole dish but you can very easily make it... 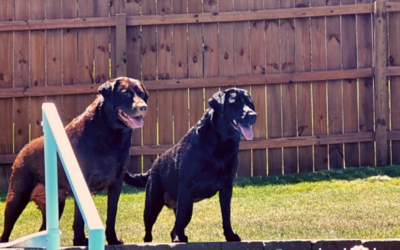 Is Weed And Feed Toxic To Dogs And Cats?

Happy Wednesday everyone!  Hope you are all having a great week so far!  Today I’d like to talk about weed and feed for lawns.  Yes, I know…might be boring but so important.  Have you ever stood back and compared your lawn to your neighbors?  I admit that I have.  Our...