What is Littermate Syndrome?

When we lost our last 3 dogs, Thomas and I said we were going to take a break from being pet parents.   But after only a month, I started looking for another dog.  It didn’t matter to us where the dog came from or the breed.  I just knew that what was meant for us would show up in an unexpected way and into our lives came Jake and Maggie.  We had wanted only one but got two and boy did we get two big handfuls of big personalities.  We knew that getting two puppies at once could be tough but never imagined the difficulty in training and raising two puppies.  If anyone ever tells you to get littermates at one time…DO NOT DO IT!!

Don’t get me wrong, we love Jake and Maggie but they have formed such a bond with each other that it has made it extremely difficult in areas of training and socialization.  We are giving it our all and doing everything we can to work through the problems.  They are incredibly sweet, loving, and smart and I know that once we get some issues under control, everything will be as we planned.

“Jake photobombing my picture of Maggie”. 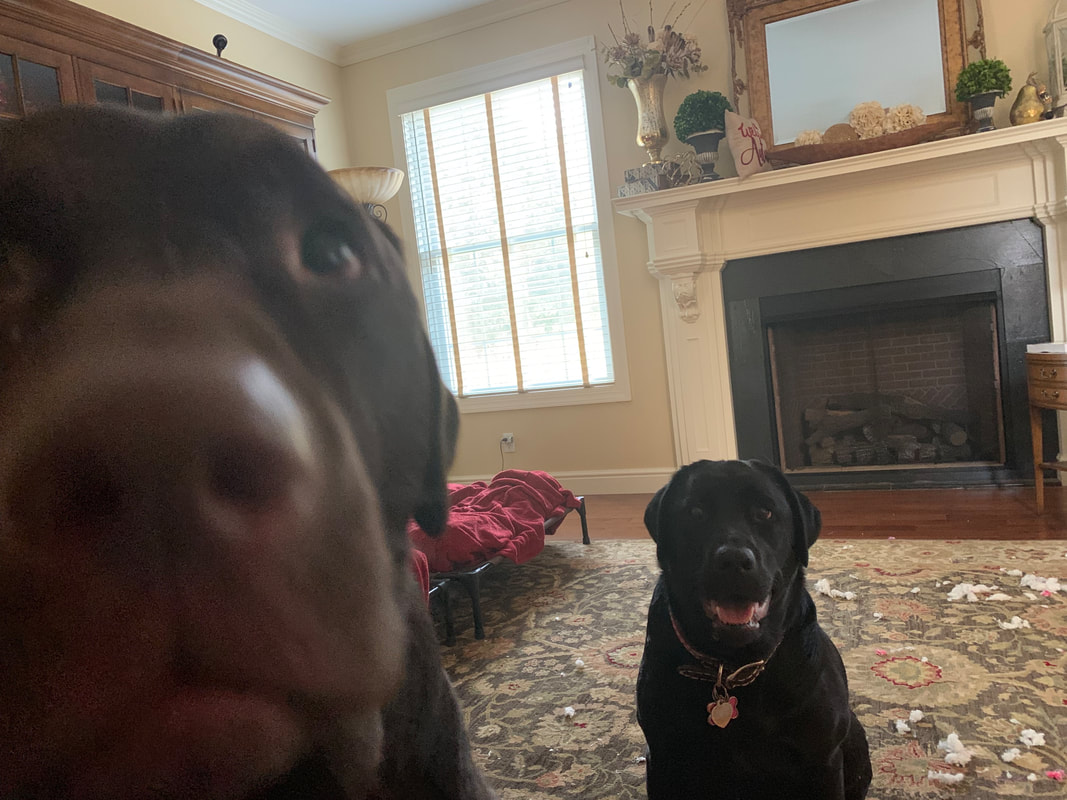 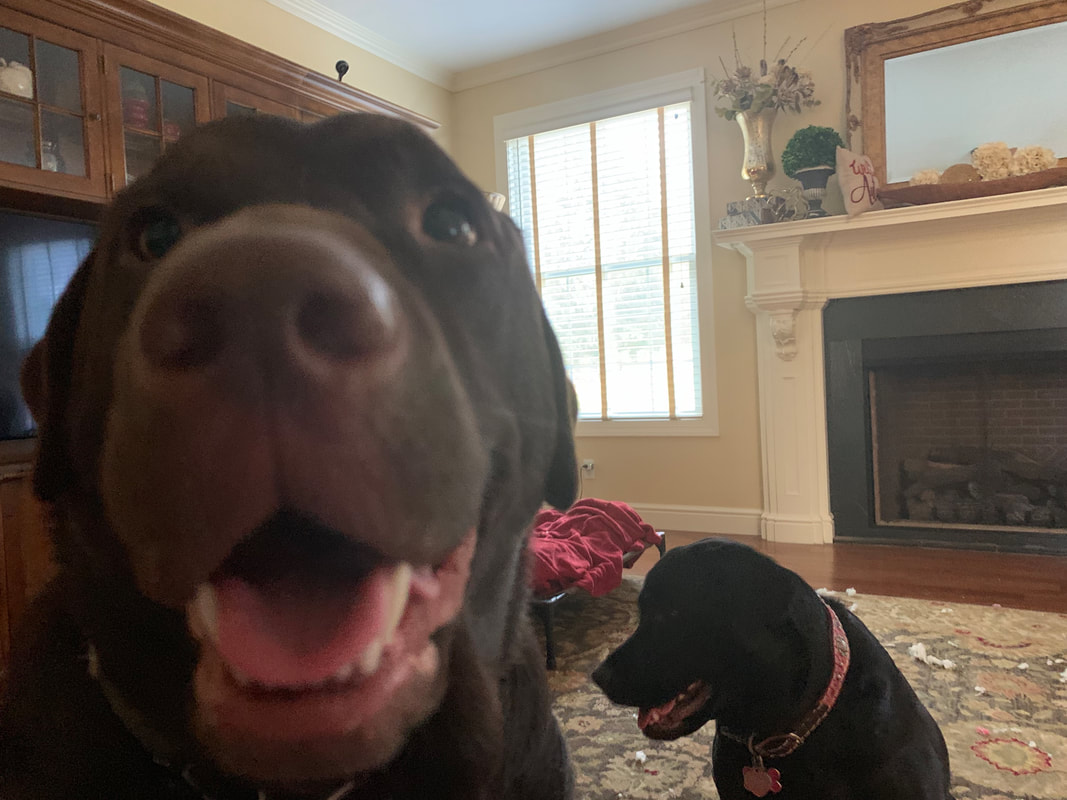 What is littermate syndrome?

Littermate syndrome is when two puppies from the same litter are raised in the same home and develop a bond with each other. This early bond to one another can cause dog on dog aggression in the future and prevent the puppies from bonding to you. Additionally, these two puppies can become so bonded that when they are separated from each other they can develop severe separation anxiety. Sometimes when puppies of the same age are adopted and raised at the same time, but are from different litters, can still develop littermate syndrome. Other behavioral issues that can develop are:

Early on we saw some aggression within their little circle of two but we stopped that.  It was hard at first to determine if they were play fighting or it was aggressive but we got it under control.  We have not experienced Jake and Maggie bonding so much that they are not interested in us.  They have very much bonded with us.  The problem lies with basic obedience; ie pulling on the leash, reactive to other dogs and situations, and extreme anxiety when separated from each other.   When the pups were young, our neighbors dog in MO would charge them in the yard.  It was a continuous problem of dealing with an unruly strange dog which brought on fear and distrust in Jake and Maggie when they were young and it has never left them.

I would highly discourage anyone talking about or getting littermates.  We were told that with having two, the one puppy who needed more correction would tend to follow the one who was picking up on the commands faster but this has not been the case with us.  Maggie has always been the one who listens on command and has picked up training faster but she will follow Jake who has always been the one to give us the most trouble.  When we recently took the dogs to their TDI training at Misty Pines, the trainer was quick to pick up that Jake is the trigger for Maggie.

We have taken Jake and Maggie to stores, restaurants, several training classes, have trained them at home, separated them, only to still be dealing with issues.  It will just take more time and more training.  They have passed their beginner training in MO, their CGC tests in PA and have entered TDI training classes with their test scheduled for November 8th.  If they pass, they will be full fledged therapy dogs.  If they do not do well in this training and outside of training, I will reschedule the test for March.  We always get a good report when they are at the groomers and have been told they are great dogs.  We take part in the blame in training as having two pups the same age at the same time is something we have never done before.  It is still a learning process for us to and that is also why we enlisted the help of a professional.  Be smart to know that sometimes you need outside help for you and your pet because you are being trained to which in turn always helps your dog.

With Jake and Maggie, trigger times are random.  One dog may bother them when another will not.  One minute they pull and the next they walk fine.  But they are always much better and they listen better when separated and are by themselves.  We are working to make sure they are always well behaved and I am certainly making notes as we go along on what needs improved for our training sessions over the next month.  Wish us luck!!! 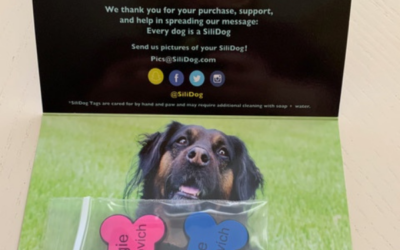 Happy Monday everyone!!  Have you ever heard of SiliDog Pet Tags?  If you have not, check out my SiliDogs Pet Tags post and you will see how amazing this product is!  SiliDog reached out to me and I’m excited to tell you that we have partnered together for a giveaway.... 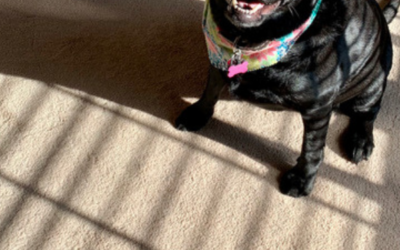 12 Things That Humans Do That Annoy Their Dog

Happy Friday everyone!!!  Have you ever wondered if you annoy your dog?  Here are 12 Things Humans Do That Annoy Their Dog!  I am constantly hugging Jake because he LOVES it but Maggie is more of a pet me and walk away kinda dog.  Don’t get me wrong; she loves... 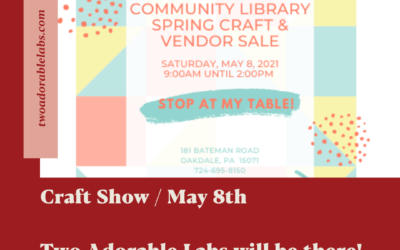 Happy Friday everyone!  Navigating My Website and 2021 Bucket List.  We are kicking off the weekend with an update to my previous post “Kicking Off 2021 With A Pudding Dessert And TAL’s Bucket List”.  Hind sight being 2020, I should have separated the two blog posts...