Why Do Dogs Smell When Wet?

Happy Monday everyone!  This month has been packed full of holiday posts and I wanted to get back to the dogs today.  We had a beautiful white snowy Christmas.  The snow fell like crystals across the yard leaving a glistening white blanket. Jake And Maggie loved playing in the snow then running into the garage exhausted, covered in wet snow.  Leaving me with wet doggie towels to wash and bouncing into the house waiting for their treat to be given promptly!  This got me wondering why a dog smells after getting wet. 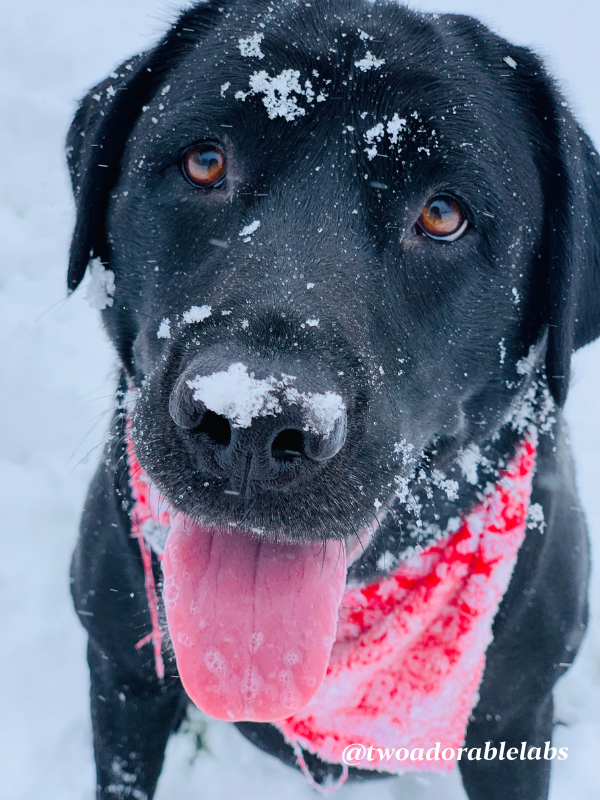 In an article written in the American Kennel Club, Andy Brunning, a British chemistry teacher, has distilled the essence of the complex molecular reactions into an infographic posted on his blog, Compound Interest.

Aroma of wet dog, Brunning explains in an article accompanying his graphic, starts with a cast of tiny critters—yeasts and bacteria—that take up residence on your pet. “When you’re taking your dog for a walk,” he says, “you’re actually taking a whole host of microorganisms for a stroll, too.”

In the process of going about their lives, they leave behind “micro excreta” in the form of volatile organic compounds. The smell of wet-dog, Brunning says, comes from moisture evaporation that carries some of those compounds with it.

Brunning characterizes the signature odor as a mixture of scents, including almond, fruit, honey, and mushroom, with hints of sulfur and feces. 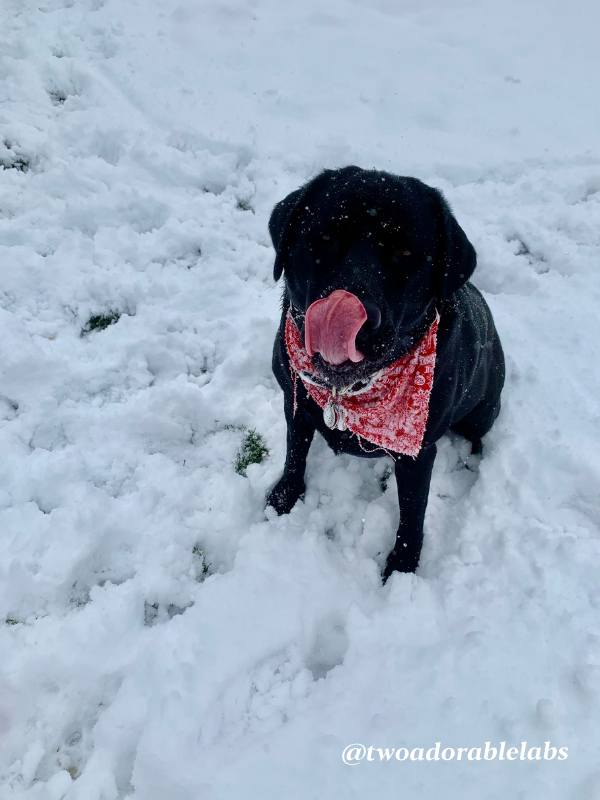 According to Jennifer Schissler, DVM, assistant professor of dermatology at Colorado State University’s Veterinary Teaching Hospital in Fort Collins.“The smell on the skin of dogs is a result of normal microorganisms that live on the healthy skin and hair of dogs.”  “These organisms produce volatile chemical byproducts. When your dog gets wet and as she dries, evaporation ensues and releases these volatile compounds into the air so you can smell them more readily.”

The waste from these microorganisms (bacteria and fungi, such as yeast) has little or no scent when dry. But when water dislodges the acrid organic compounds, one whiff of that wafting stench assaults our olfactory senses like, well, critter dung.

Bacteria and yeast thrive in dark, moist, warm conditions, like those under a dog’s fur, so all dogs have some malodor when wet.

There are anywhere from 350 to 16,500 bacteria per square centimeter of dog. That sounds unhealthy, but it’s actually normal.

“All healthy dogs have microorganisms on their skin, which is why even dogs with a very healthy coat and who are quite clean still produce the distinctive wet-dog smell,“ says Dr. Schissler, a diplomate of the American College of Veterinary Dermatology (ACVD). 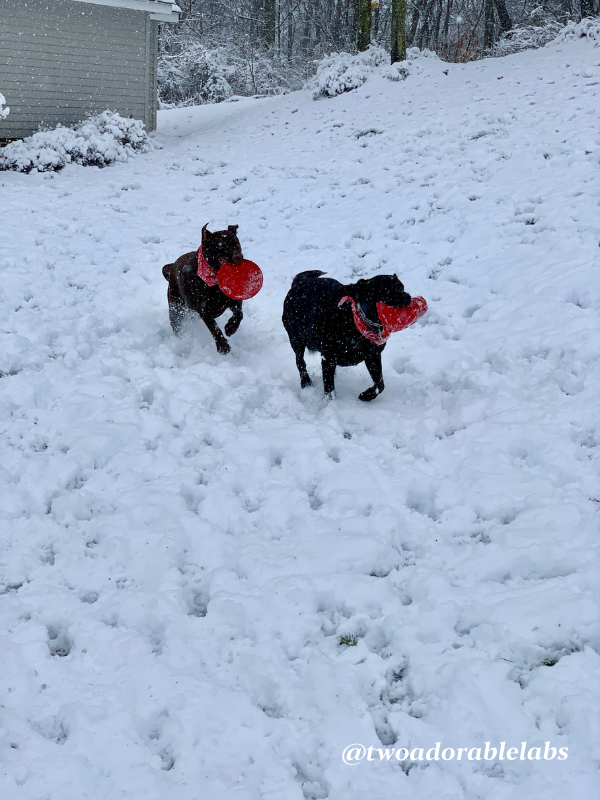 Before you start thinking your dog is a walking Petri dish, consider that about 100 trillion microbes live on and in the human body (collectively they’re called the microbiome). The human microbiome can weigh as much as 5 pounds, and humans shed 38 million bacteria every hour.

We can never completely eliminate microbes from our dog’s skin — and we shouldn’t, says Christine Cain, DVM, assistant professor of dermatology at the University of Pennsylvania School of Veterinary Medicine in Philadelphia. In this case, warm and fuzzy — the very attributes that make a dog an attractive host for microorganisms — is a different kind of feel-good story: That bastion of bugs helps keep the skin healthy.

“There are several studies looking at the bacterial population of the skin and how this shifts with certain diseases,” says Dr. Cain, an ACVD diplomate. “It highlights that the diverse population of microbes on the skin may serve a protective purpose and that shifts in these microbes may have a role in disease promotion.”

Another great resource on doggie smell and how to get rid of it:
https://www.rover.com/blog/wet-dog-smell-how-to-get-rid-of-it-and-why-it-happens/ 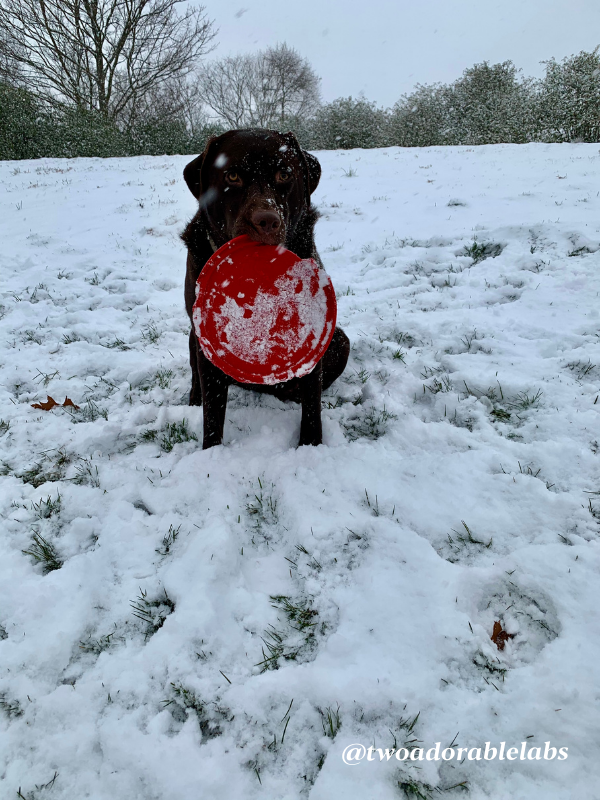 In conjunction with dogs being wet, I have written previous posts on the how to care for your dog during a thunderstorm (HERE) and the dogs five senses (HERE).  Dogs can sense bad weather approaching.  Jake And Maggie love the snow but do not like storms and surprising for being Labradors, they do not like being out in the rain.  Have you ever went out on the porch and smelled that earthy-wet scent which tells us moisture is in the air before a storm and said “I smell a storm coming?”  This is exactly it.  Dogs can’t speak but their body language tells us.

Scent –  Some have striven to prove that dogs can smell fear based on subtle odors and pheromones emitted through sweat glands, and we know dogs can track an obscure scent for hours, or remember odors years and years after their first encounter. This should affirm that even on the clearest of days, if our dog seems to suspect a deluge, his nose is a reliable resource.

Sounds – Canine ears are able to move independently from each other, absorbing depth and spatial information, as well as detecting noises we cannot. Their ears are able to identify nearly twenty times the sounds we are, since their range of frequency reception is far more complex and capable.

Pressure – Atmosphere heat, temperature and compression all change before a storm arrives. With their heightened sense and natural survival instincts, dogs are more in-tuned with the barometric pressure than people are. Used to hunting prey, tracking scents, and taking careful note of their surrounding environment, dogs are designed to read weather warnings in messages that often escape us. For humans, the fluctuations in barometric pressure might induce headaches and dizziness, while others might feel old injuries or aches, and moods might go sour. This is about as close as we come to interacting with the barometric pressure, which dogs can read like a manual.

Feelings – Some researchers believe that minor vibrations in the earth occur when fierce windstorms, tornadoes (and obvious earthquakes) can be sensed by a dog’s paws. The slightest tremor or shockwave felt by their paws, coupled with the confirmation of other senses being piqued, could tip the dog off about the storm.

How To Protect Your Pup During A Tornado 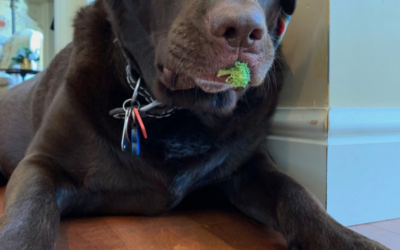 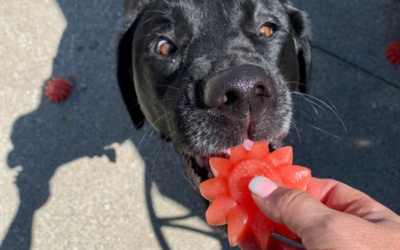